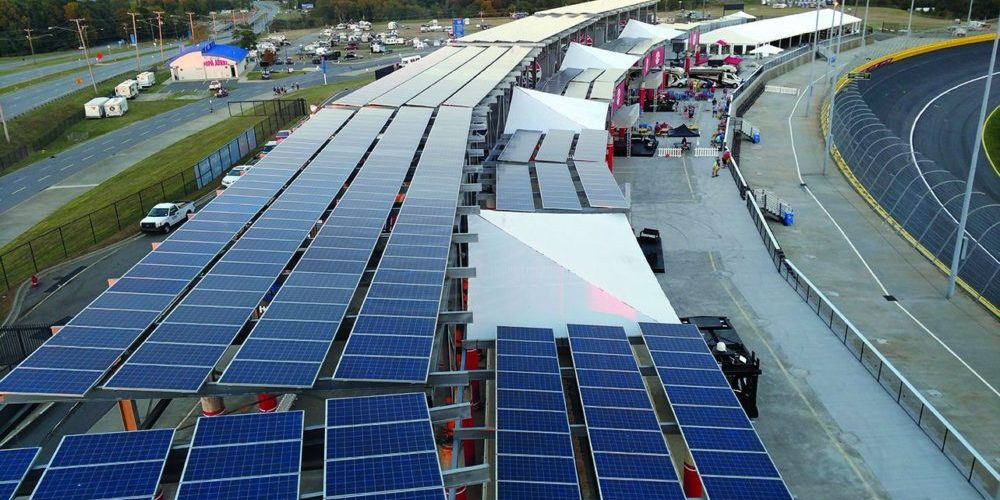 Summary
Solar panels are increasingly being installed by homeowners who are worried by rising electricity costs, and who want a system that both cuts their bills and produces greener energy. We explain what you need to know before installing a solar photovoltaic (PV) system on your roof.

With the arrival of the era of the smart grid, the role of energy storage technology is becoming increasingly obvious, and its application scope has been involved in all aspects of power generation, transmission, distribution, and use. Electric energy storage not only has the technical characteristics of rapid response and two-way regulation but also has the advantages of strong environmental adaptability, flexible configuration mode, and short construction period. It is expected that by 2050, China’s energy revolution will have achieved phased results, and the proportion of new energy in energy production and end-consumption will exceed “50%”. The energy storage market will have a huge space.

Tab.1 Performance comparison between and among different energy storage technologies

A pumped-storage power station is a “giant battery” in the power system. The power station converts the generated electric energy into potential energy of water at night when the power consumption is low and converts the potential energy into electric energy to ensure the operation of the load during peak power consumption or power shortage. . Its characteristics are: the technology is relatively mature, the service life is long, and the power capacity is large, but its response speed is relatively slow, and the requirements for site selection are relatively high.

Lithium-ion batteries are considered to be the battery system with the best overall performance at the moment. They have been widely used in energy storage power stations and have rapidly developed into a new generation of power sources for information communications, electric vehicles and hybrid vehicles, and aerospace and other fields. Its characteristics are high energy density, long cycle life, small size, lightweight, but high cost, slow capacity decline, and intolerance of overcharge and over-discharge.

The energy storage medium of the all-vanadium flow battery is an aqueous solution containing vanadium ions. In the solution, the valence state of vanadium ions can be changed, through the change of valence state, the mutual conversion between chemical energy and electric energy can be realized, and the mutual conversion between charging and discharging of the energy storage system can be realized. Its characteristics are long service life, high safety, large capacity, but high cost, which is greatly affected by the price change of vanadium.

Supercapacitors can meet the requirements of many fields, and the current market scale and application fields are constantly growing. Its characteristics are high output power, fast response, maintenance-free, long life, and wide operating temperature range, but if used improperly, it will cause electrolyte leakage.

The installed capacity of the projects put into operation will reach 45.2 GW. On this basis, the energy storage market will expand three times by 2024. In 2019, my country’s electrochemical energy storage technology has made important progress, with a cumulative installed capacity of 1,592.7 MW, accounting for 4.9% of the country’s total energy storage capacity, a year-on-year increase of 1.5%. In terms of geographical distribution, it is mainly concentrated in new energy-rich areas and load centers; in terms of application distribution, user-side energy storage installed capacity accounts for the largest proportion, accounting for 51%, followed by power-side auxiliary services (24%) and grid-side (Accounting for 22%). Due to the large distance between my country’s energy center and power load center, the power system has always followed the development direction of large power grids and large units and is operated by the centralized transmission and distribution mode. With the rapid development of renewable energy and the acceleration of the construction of UHV power grids, society’s requirements for power quality continue to increase, and the application prospects of energy storage technology are very broad. In the application scenarios of the power supply side, grid side, user side, and microgrid, the functions of energy storage and its effect on the power system are different.

In the traditional power generation field, energy storage mainly participates in auxiliary frequency modulation services to make power generation more controllable. It is widely used in Shanxi, Inner Mongolia, Shandong, Anhui, and other places. In these areas, there are more assembled thermal power generators, less water and electricity, and insufficient flexibility of the power supply system. In this scenario, a power-type energy storage battery needs to be configured, which has a fast response speed, realizes integrated scheduling with the thermal power unit, improves the overall response performance of the unit, and increases the utilization of the equipment.

In the UHV power grid, energy storage is an important means to provide system backup and emergency protection and to ensure the safe operation of the power grid. It is bound to accelerate development and can play multiple roles at the same time. The grid-side large-scale energy storage project of Italy’s Terna company can simultaneously undertake multiple tasks such as primary and secondary frequency modulation, system backup, reducing grid congestion, and optimizing power flow distribution through the switching of different operation control modes, and ultimately improve the stability of grid operation effect. In the distribution network, energy storage can effectively supplement the lack of power supply, and control the “low voltage” or distributed energy connection in areas with weak distribution networks.

The “high and low voltage” problems caused by the entry can simultaneously solve the distribution network power supply problems such as seasonal load, temporary power consumption, and unqualified capacity expansion and expansion, effectively delaying new investment in the distribution network. Chicago Electric Power uses recyclable energy storage equipment to delay transformer upgrade investment, which is a typical application for delaying the construction of power transmission and transformation facilities on the grid side.

The energy storage system installed at the load end can maintain the power quality, ensure the safety and stability of the power supply, and reduce the influence of voltage fluctuation on the power quality. User-side energy storage can be used for peak clipping and valley filling, demand response, and electricity demand management for traditional loads. Peak clipping and valley filling are suitable for users who consume a large amount of electricity during peak hours and is the most common commercial application at present. The electricity cost is reduced through “valley charging and peak discharging”. Demand response obtains benefits by responding to grid dispatching and helping to change or shift power load. Demand management reduces demand and electricity bills by reducing spikes. Jiangsu Wuxi Xingzhou Industrial Park Energy Storage System Project (20 MW/160 MW·h) is the country’s largest commercial operation of user-side energy storage, and is also the first grid acceptance project by the State Grid Jiangsu Electric Power Company’s “Grid Connected Management Regulations for Customer-side Energy Storage System”. User-side energy storage can also be combined with distributed renewable energy for integrated optical storage and charging and storage applications. Jiading Anting Integrated Charging, Changing and Storage Power Station Project integrates multiple functions such as EV charging station, electrical changing station, energy storage station, and battery echelon utilization. Jiangsu Chuniushan Island Energy Comprehensive Utilization Micro-grid Project is composed of energy storage equipment, wind, optical, and diesel engines, and is the first AC-DC hybrid intelligent micro-grid in China. However, the current domestic user side storage also face challenges: one is the user side storage environment is complex, all kinds of different user demand for energy storage, site, security issues such as energy storage project is to promote the user side of common problems, combined with the relevant standard is not clear, can be replicated in the project of low, unskilled link authors is difficult; Second, the fluctuation of electricity price also affects the income level of user-side energy storage. In the past two years, the industrial and commercial electricity price has been reduced by 20%, which directly reduces the arbitrage space of peak-valley price difference for user-side energy storage projects.

As the development direction of future power grids, microgrids play an important role in improving energy supply efficiency, reducing losses, and providing efficient and convenient renewable energy. With energy storage as the core means, it can aggregate multiple energy storage resources such as interruptible loads and electric vehicles, coordinate distributed power generation, build virtual power plants, and participate in demand-side response and power market transactions. Microgrids are classified into off-grid microgrids and grid-connected microgrids according to their connection to the large grid. The 1.2 MW/1.8 MW·h Renewable Energy Local Area Network Project in Nima County, Tibet is currently located in the highest altitude and worst-environment area in the world. It is composed of a variety of battery energy storage systems, diesel engines, and photovoltaics. The parallel and off-grid switchable energy storage project in Lianyungang, Jiangsu realizes real-time monitoring of user load and can adjust the operation status of energy storage at any time to ensure the reliability of user power supply.

The application of energy storage to off-grid microgrids can improve the stability of distributed energy and avoid transmission pressure and power loss caused by long-distance transmission to the main grid; it can continue to provide part of the power to the main road at night or during the maintenance of distributed energy, reducing Power failure time: The energy storage system can store the distributed power in the microgrid when the energy is sufficient, release energy when there is an energy shortage, and maintain the internal energy balance. Energy storage is applied to grid-connected micro-grids, which can stabilize the output power of the power supply, regulate the output active power and reactive power, ensure the safe and stable power consumption of the load, and effectively solve the voltage when the large power grid fails or the power quality cannot meet the requirements. Power quality problems such as dips.

The generation side of the new energy generation
August 8, 2021

The application of energy storage system in the remote
August 8, 2021