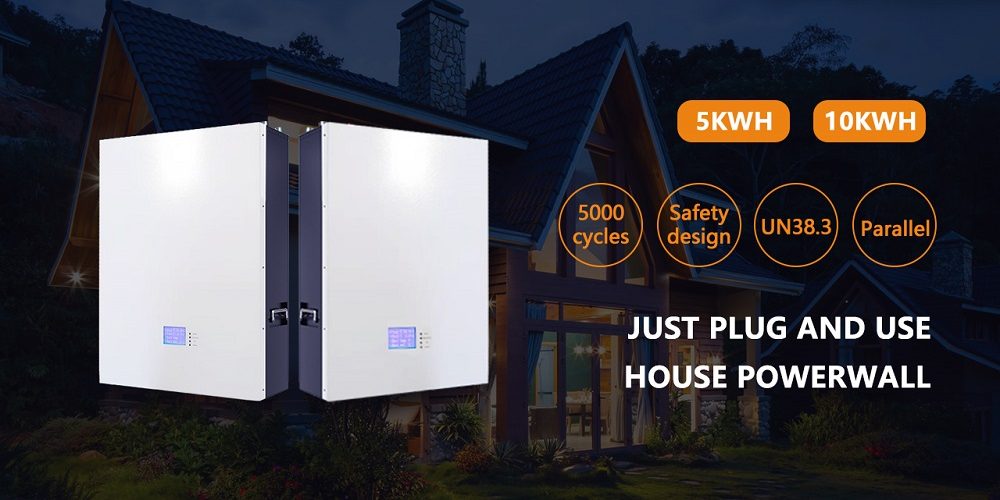 Summary Solar panels are increasingly being installed by homeowners who are worried by rising electricity costs, and who want a system that both cuts their bills and produces greener energy. We explain what you need to know before installing a solar photovoltaic (PV) system on your roof.

In the energy transition stage, energy storage technology needs to support the consumption of large amounts of renewable power and be fully integrated with related infrastructure to integrate industry, construction, and transportation to facilitate energy supply and reduce carbon emissions. With the increasing share of renewable energy, the whole energy storage system is changing from a highly centralized energy system to a decentralized, flexible, and renewable distributed energy system, which also makes energy storage technology have more and more extensive application scenarios.

Energy storage can be applied to the “generation-transmission-distribution-use” links of the power system and there are four main application fields currently.

1.1 The field of thermal power generation

With millisecond response speed, it can track the planned output of new energy sources such as photovoltaics and wind power, smooth the power output, and ensure the power balance and operation safety of the grid; At the same time, it can reduce the rate of wind, light and water abandonment of new energy, reduce peak and fill the valley, and improve the power generation of new energy.

According to the operational requirements of the power system, energy storage can provide peak and frequency regulation, black start services, and reserve capacity to the grid, which can effectively improve the safety and stability of the grid and regulate unreasonable grid loads.

Energy storage mainly plays a role in the effective management of TOU price and capacity cost, improving the reliability of power supply and the quality of electricity consumption, and replacing the self-supplied fuel power supply, etc.

The main application scenarios of energy storage are the power generation side, power grid side, and user side. On the power generation side, it can play the functions of primary frequency modulation, reducing power abandonment and smoothing fluctuation. On the grid side can provide frequency modulation auxiliary services and peak clipping and valley filling functions; On the user side, electricity cost can be reduced by saving expansion rate, electricity response, peak-valley price difference, and so on.

2.1 Energy storage on the grid side

The power grid is a dynamic supply-demand balance system that is completed instantly by power generation, transmission, and distribution. In addition to the balance of power (including active power and reactive power), to ensure the safety of the power grid (including the safety of power load), the voltage fluctuation and frequency fluctuation of the power grid should also be controlled within a certain range. The equally important power quality parameters include grid harmonics and three-phase balance.

Before the appearance of large-scale battery energy storage application technology, the dispatchable resources for power grid dispatching were mainly rotary power generation equipment, such as thermal power generating units, hydroelectric units, gas generating units, and pumped storage power stations. Battery Storage Power Station (BESS), a new type of electric energy device combining power electronics technology and power battery technology, is not a power station in the traditional sense, but in a certain time and space, BESS can play the role of a power station. And because of its incomparable response speed and control accuracy, its frequency and peak modulation effect far exceeds all the traditional rotary power generation equipment; AGC and AVC functions are innate abilities for battery energy storage systems, and there is no suspense and pressure to use. And BESS has a modular design, flexible configuration, can be distributed to use the special points to make it possible to large-scale grid application. At the same time, BESS can also be conveniently used as a controllable load, that is to say, BESS has two role characteristics of power supply and load, and can instantly change identity according to the need. Therefore, the deployment of large-scale (independent or distributed) battery energy storage power stations on the grid side can completely or partially replace the existing thermal power peak regulating units, frequency regulating units, emergency standby units, reactive power generating units, controllable loads, etc., which has a very large economic value.

2.2 Energy storage on the power side

Energy storage technology is the core of achieving energy diversification. Renewable energy sources such as wind power and photovoltaics have the characteristics of instability and discontinuity, and large-scale grid integration of renewable energy will inevitably cause a certain impact on the original power system. Energy storage technology can suppress fluctuations in wind power output, thereby greatly reducing the pressure on the stable operation of the power grid (voltage stability, frequency stability, power flow controllable, and orderly dispatch). When there is a shortage of wind energy in the local area, electricity needs to be transmitted from the grid in other regions. If an energy storage system is equipped, it can be released according to demand to supplement the needs. When wind energy is sufficient, the battery can also absorb excess electricity, reducing the rate of wind abandonment and increasing wind energy Consumption, improve the transmission efficiency of the power system. At the same time, the energy storage system can also reduce voltage fluctuations, achieve voltage sags, stabilize power quality, and assist wind power to participate in peak shaving. The peak and frequency modulation capabilities of energy storage are mainly reflected in its extremely fast response speed, and the energy storage system can help realize automation, information, and intelligence, and facilitate power grid dispatch. On the whole, energy storage also reflects the economy of its optimized system, saving the construction cost of long-distance transmission lines of the power grid, and the construction and installation of energy storage power stations are simpler than power grid construction, shortening the construction period of the project. Besides, the participation of the battery energy storage system also meets the goals of energy saving and emission reduction, increasing the utilization rate of wind energy, reducing the number of standby units, reducing carbon emissions, and causing no pollution to the environment. In summary, energy storage technology has formed a greater market demand in new energy industries such as photovoltaics and wind power and will have broad development prospects in the future.

2.3 Energy storage on the user side

The photovoltaic power generation is greatly affected by the weather and has a strong uncontrollability. For residential photovoltaic system users, electricity is usually generated only during the day or at noon, while the power consumption at night is greater. In this way, the electricity generated during the day needs to be stored by batteries to improve the use efficiency of their photovoltaic power generation. The main economic value of photovoltaic energy storage systems is that they can reduce the amount of electricity extracted from the public grid by increasing the number of cells, thus reducing power expenditure and dependence on the grid. Currently, in Europe, the average consumption rate of a single photovoltaic system is 35%, and the battery price accounts for more than 50% of the total energy storage system.

Each EV, which means “mobile battery on wheels” to the power industry, has a capacity of 40 to 100 kilowatt-hours, five to 10 times that of a typical home battery storage system. Like stationary household batteries, electric cars connected to the grid via charging piles can not only store electricity but also feed it into the grid on demand. For example, an electric-car owner returning home from work in the afternoon might set up the charging system in the hope that his car will be fully charged by the next morning. The system can then allocate the time needed to charge and use the rest to help regulate grid stability. Batteries can absorb and release large amounts of power in a short time, making them ideal for providing ancillary services to the grid. They stabilize the grid by keeping electricity flowing, improve reliability by acting as backup power, and can be recharged when electricity is plentiful and cheap.

Scenarios application and value acquisition of energy storage technology should be explored from three levels.

4.1 The single income model only considers the investment income brought by the existing mechanism and system and does not consider other indirect benefits not covered by the mechanism and system. The method is simple, but it deviates greatly from the actual value of the energy storage price. For example, the scenario mode of TOU price management (peak-valley differential interest), power plant frequency modulation (frequency modulation service), etc.

The generation side of the new energy generation
August 8, 2021

The application of energy storage system in the remote
August 8, 2021